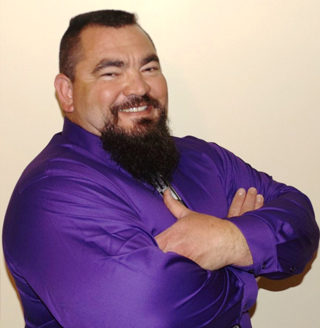 Robert was raised in Flemington, New Jersey. At age 19 he moved to Southern California for about 2 years. After returning to the east coast he started working as a Corrections Officer. A year later he realized being in jail for 10 hours a day was not for him. Then after becoming a Union Carpenter he bought his first house in Mount Bethel at age 25.

Deciding to work for himself as a contractor Robert fell in love with the energy of real estate. Buying and selling investment properties along the way. He and his wife Antoniette got married and had two children during this time. Looking for a more rural setting for his family they moved to Susquehanna County. After buying an old farmhouse he constructed a new building and opened a tire shop.

Adding two more children to the family they decided to move closer to family and friends. They settled in Effort where he became an active part of the community. Meeting Dominick Sacci while attending karate classes with his children he found a real estate “family” who had the same morals and aspirations as he did. He was honored to join their team and let his love for real estate show by helping others fulfill their dreams.

Robert enjoys riding his motorcycle in the hills of the Poconos when he is not spending time with his family and two dogs.