Why was my house assessed at such a high value? Are my taxes going up?

When assessment change notices were released throughout Monroe County on July 1, 2019, many homeowners were shocked by the figures within. Home-assessment values were quadruple the 1989 figures, begging a number of questions, namely the logic behind the sharp increase, and whether or not the new figures would cause taxes to increase in kind.

County Commissioner John D. Christy said that the bulk of the confusion can be cleared up with a simple comparison of the assessment rates that were used in 1989 and 2019.

No one seems to know why the county opted for the 25% valuation, Paul Miller, senior account executive for Tyler Technologies, the company Monroe County hired to perform the reassessment, said in a February 2019 interview with Pocono Record writer Bill Cameron.

“Back then, they used to say, ‘Well, we’re going to shoot for 25% of market value,’” Miller said. “I don’t know why. I genuinely think it was to confuse people like us. They’d say, ‘Yeah, it’s worth this much, but let’s put 25% on it and then they won’t know what it was.’ Nobody does that in this state anymore, but they did.”

Regardless, as all properties will be reassessed with the same metric, millage rates — which are determined by dividing a jurisdiction’s budget by the total value of the homes in the jurisdiction — should actually drop.

Essentially, the value of your home has not multiplied by four; rather, the county is looking at the total value as opposed to one quarter of the value.

Homeowners have an opportunity to challenge their valuations during an appeals process, which will help to clear up some misconceptions and provide more accurate data for the county.

“What we tried to do here with the current commissioners and everybody else is we try to be transparent as possible, that’s why we had the whole informal appeals process,” Christy said. “We did not have to do that, we did that so people could get as much information back to us (as possible). I think over 4,000 people came in with informal appeals.”

The deadline to file an appeal is Aug. 12. Homeowners can do so by going to the Assessment Office at the Monroe County Administration Center. Normally, appeals regarding residential properties cost $25 to file, whereas commercial properties cost $50 per parcel, but fees have been waived during the assessment year. Appeals filed by Aug. 1 will go before the Board of Assessment Revision. The Board then will decide the assessed value of the property which goes into effect for the following assessment and taxing year.

Christy emphasized that while many homeowners will see an increase in home value, it could be due to general appreciation and inflation.

As for whether taxes overall will be on the rise, that is dependent upon each taxing entity. The county is in control of their tax rate alone, Christy said.

“Each taxing entity — the townships, the boroughs, the county and the school districts — are all on their own,” Christy said. “What they do is, they have to take their value of what their budget is and the value of their properties, and that’s how they come up with the millage, and it has to be revenue-neutral.”

Christy explained that while the Commissioners may have preferred to change the rate a few years back, they were blocked from doing so due to bureaucratic measures.

“There are laws that you can only change during the time of a reassessment,” Christy said. “Often times we’re hamstrung by codes in the county code.”

Thanks to the updated values, the county will have more relevant and up-to-date figures that better reflect the current status of the county as a whole, with assessment values matching market values for homes.

In fact, many undervalued properties will contribute to a millage rate decrease overall. So, even if taxes do increase, they most certainly will not jump by four or five times the current rates.

“What we’re trying to do is get the most accurate snapshot of values that we have to go forward with,” Christy said. 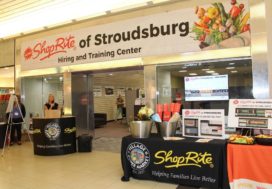