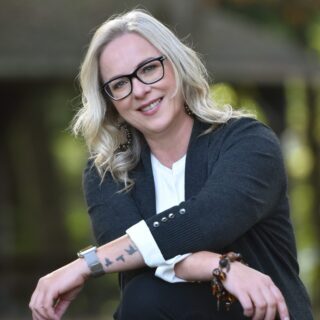 Born and raised in Bialystok Poland, Aneta had long dreamed of coming to the United States, eventually emigrating here at the age of 26. Upon settling in the Polish enclave of Maspeth, NY, Aneta began her quest for her “American Dream”. Through hard work and unwavering focus she has achieved many of her life goals, to be married, have a home and family, and a career to be proud of. Recently, she celebrated one of the proudest moments in her life, achieving her official U.S. citizenship.

Her first job in the U.S was as a pharmacy clerk where she quickly became fluent in the English language. Soon thereafter, Aneta became a staff manager for Manhattan financial brokers before eventually becoming a licensed real estate agent.

Aneta married her husband, Michael, in 2008 and became the proud stepmother of Brian, now a U.S. Navy service member. Later that same year, she realized another dream, that of homeownership. During a weekend visit with friends to the Poconos, she and Michael fell in love with Pennsylvania and purchased their home later that year. It was the search for a home that initially sparked Aneta’s interest in real estate.
Upon setting her sights on becoming a real estate agent, Aneta approached that goal with the same single-minded determination that she has used throughout her life. Aneta is committed to employing all that she has learned to help others through the process of achieving their real estate goals, whatever they may be.